Ramadan is coming to an end. This year’s Ramadan is a brand new experience to me as this is the first time I observe this holy month away from home and as well as being a minority in this country.

That means the things that have long been embedded in my culture like Bazaar Ramadan, Iftar and Sahur with family and easily finding a place for iftar are absent for the first time in my life.

Evenso, what makes my Ramadan this year a memorable one is the fact that I had a lot of my iftar at the Musolah sponsored by some organizations at my university (May Allah Bless Them), hence connecting with my fellow Muslim brother who came from all over the world and also using my weekend to visit few mosques at my region in Australia. Plus, I got to taste the many food from many different cultures such as the Bangladeshi, Indonesian and Arabs.

Although the Muslim community has a small number and is isolated to the Western suburbs, away from the city center area, I realized this small community are somewhat closer in the name of brotherhood and sisterhood in Islam and are more than happy in seeing new faces at the mosques, inviting me to join the Iftar at any mosques that I visited (while maybe this is also quite normal back at Malaysia but most of my iftar is at home or with friends outside).

Plus, as the Ramadan falls during the winter here in Australia, new challenges such as having to walk in a cold night for Terawih and also that instant hunger you’d get cause it’s cold! Although the fasting is much much shorter, missing sahur is still a bad idea.

There were tough times in fasting in a foreign country such as missing your family and friends back at home and not getting to have a taste on any of the food and drinks sold at Bazaar Ramadan. Yet, life must go on and I pretty much think that, even though my one-month semester break-Ramadan is tad bit unproductive, I tried to fill it with few of productive activities (although I slacked off more than what I imagined in the end).

One of my productive activities is visiting few Muslim populated neighborhood and the mosques that exist there. On my first weekend of Ramadan, I visited the Mosque in Lakemba. Lakemba is a really peaceful neighborhood and they were people setting up their mini bazaar near the train station, selling mostly Bangladeshi food.

The interior and exterior of the mosque are very nice and have the touch of modernity. When I have finished my Zohor and Asar prayers, a man approached my friends and I and told us that the Muslim community in Lakemba organized Iftar everyday and would love if we could join them for Iftar any day. 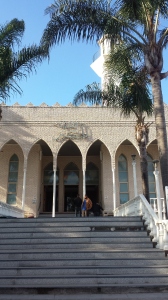 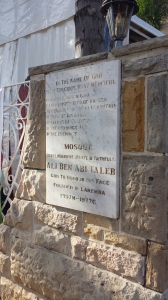 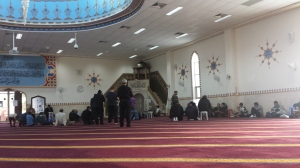 We also visited and performed our Terawih at the mosque in Bankstown. Funny story is that while we were searching for the location of the mosque, there were these very bright lights like the ones you see back in Malaysia and ta-da, that’s the mosque. 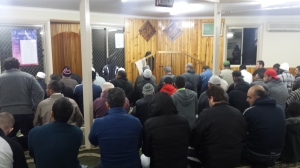 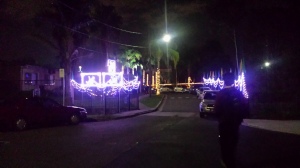 Another mosque that I had a chance to visit was one in Blacktown. The town was a bit dead but the mosque was really a modern one. Nothing too fancy but you can see there were few people wearing Afghans clothing, 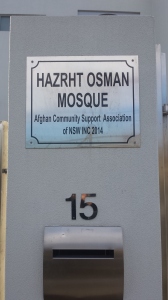 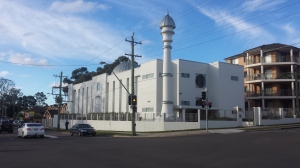 The last mosque that I had a chance to visit, and one of the most interesting ones is the one in Auburn. Auburn is pretty much a Turkish town, with a lot of Turkish delicacies and kebab shops. The mosque is the most beautiful mosque I have seen so far in Australia, with its Turkish element. It also looks like the Blue Mosque in Turkey and being there makes you feel like at Turkey. 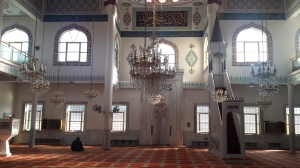 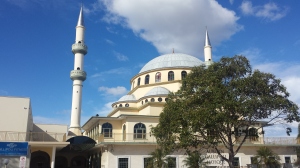 What particular thing that makes it interesting is the fact that when a man approached us and invited us for an iftar, he told me that they have short Terawih with Isyak and Witr prayers from 7.00-8.00pm. Common sense would make you think that ‘short’ means 8 rakaat, and that duration is completely valid. But that man corrected me and said it is 20 rakaat, and short means the Imam reads the last juzuk of the Quran, which is the compilation of short Surahs.

And so on that very day, I experienced my very first ever 20 rakaats, along with Isyak and 3 rakaat of Witr in less than an hour. Talk about speed. Yet, it’s nothing like the one you might have seen in the video someone posted in social media about that ‘God-speed’ Terawih at Indonesia. It’s much more slower, and obviously calmer, than that.

Visiting the mosques in NSW region as a minority taught me a few things. One of them is that being a minority, it’s always a nice feeling to be around your own brothers and sisters in Islam from across the world, and the fact that the very bond is already established even though we are all strangers in nature.

It also made me realize that even when conformed to the status of minority, the Muslim community never stops to progress and be connected with other Muslims, and they will always look to build a mosque to unite the community more.

Being born a Muslim is certainly a gift and sometimes, we tend to forget that.

This blog is an every bit of collections from a (attempted) travel journal, tips, throwbacks, dedications, rants, books summary and a lot more.

You can check out any parts that you like from categories down there.

What to look forward to?